Isla de Flores is a small island in the middle of Lago Petén Itzá.  After checking in, we walk around to explore and meet some fellow travelers; an American couple that collectively go by the moniker Dasher, and a couple of Brits, and the Serbians from our Belize City to Flores ride.  It is a small island.

Despite being told that "If you have seen Chichén Itzá, there is no real need to go to Tikal" I contact the Tourist Office-to-Hotel guide about a tour to Tikal - the city of ancient Mayan ruins.  After a bit of negotiation and frustration around presented cost and actual cost I have two tickets in my hand for the next morning.  Having recently seen the Aztec ruins in Chichén Itzá, it will be interesting to see the difference if any between these two ancient civilizations.  We are ready for what's next.

We wait early in the morning for our ride and, 15 minutes late, someone plows through the hotel lobby looking for passengers.  We meet and immediately exit to walk around the corner to get into a van with others already aboard.  We make another stop or two and we are off to Tikal.  Mind you it is not the sunrise tour, because well, we are not early risers, and we heard the odds of getting a clear sunrise is very low and the weather forecasts made it look closer to zero.  So we had a relatively reasonable early start and ride quietly into Tikal.  The driver was silent and the guide gives us updates increasing in frequency as we get closer.  The guide manages all the entrance fees and logistics:  Easy-peasy - that is nice.

Chichén Itzá is entirely centered around a single well defined broad based pyramid.  There are multiple ancient ruins shooting off like spokes away from the pyramid, but the star of the show is the pyramid.  The spokes are lined with vendor after vendor all vying for the tourist attention to purchase hand-made masks, noise makers, calendars etc. 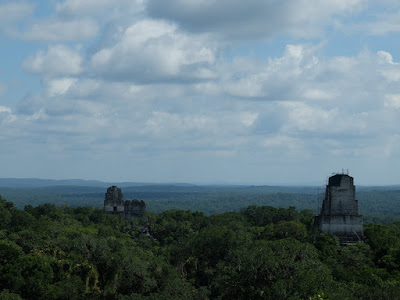 Tikal is a vast expanse with no trinket and trash vendors in sight, only the occasional food and beverage hut.  Tikal includes five excavated pyramids along with acropolises, temples, plazas and many other structures.  It is a full on city starting back in the 4th century B.C. lasting until 900 A.D.

That's right Sumerians have nothing on these guys.  They are as ancient, grew to sizes that compete or dwarf early Mesopotamia estimates and are as sophisticated.  These guys figured out solar cycles, venetian cycles and had three calendars (solar 365 days, venetian 260 days and the long count which is days since 11-August-3114 BC similar to how the Julian date starts counting from 1-January-4713 BC) to pinpoint exact dates literally written in stone.  They figured out the concept of zero all on their own.

I always assumed Mesoamerica and Native Americans were nomads, never really settling and lived entirely within an oral history.  Reading "1491 New Revelations of the Americas Before Columbus" by Charles C. Mann really sets those assumptions on their heads.  The sophistication of early American ancestors (pre-Columbian) is pretty mind blowing.  It represents an entirely independent rise of civilization from anything I had been taught or conceived.  The city sizes would easily compete with European or Asian cities for many given time periods.  They excelled in areas of farming and genetics that made the rest of the world look backwards, while at the same time relegating the wheel to childhood trinkets never thinking to use them for hauling heavy objects or milling maze that they genetically managed from season to season to match very specific climates and desirable traits.  The use of the wheel by the Mayans is easily on par with the Chinese not figuring out glass. 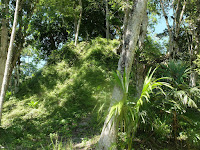 Despite the expanse that Tikal is today, according to the guide, it is only 15% excavated.  85% is still sitting underneath a layer of trees and jungle waiting to be seen, and that is just the Tikal site.  The guide also explains that the flora growth in that area is so rapid that in a mere century an entire temple or pyramid is covered by fully mature, hundreds of feet tall trees and accompanying undergrowth.  We walk past several mounds that with a bit of time and investment would surely show more steps and ancient writings.

If you cannot tell I am dumbfounded. US Americans are taught so much more about all the other wellsprings of human civilizations such Mesopotamia, the Egyptian Nile Delta and, to a lesser extent, east central China and all the interactions which each of these civilizations moved forward via relative proximity and cooperation such as the spice route and the silk road.  It is mind blowing how little we know about the history of the Americas and it amazes me how they grew up and formed in isolation compared to the rest of the world to compete on every level (land management, agriculture, population, urban population centers, politics and society), when it comes to measures of civilization.  It seems we have dug up every pharaoh's tomb in Egypt and yet Tikal alone, a single site in the Americas, sits 85% un-excavated.

Sorry for the tangent, I have been reading 1491 by Charles C. Mann and it is eye-opening and a must if you ever plan on trekking through the Americas.  My only regret is not reading it sooner. 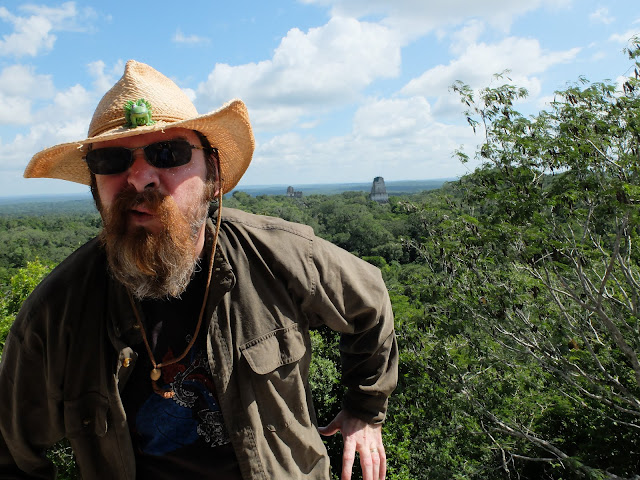 Also, Tikal doubles as Yavin 4 in "Star Wars IV: A New Hope", a point of interest the guide likes to reiterate.