We made it out of the states and into Mexico.  First stop Cabo san Lucas, just because we heard from so many people that 'we have to see it'.  Yeah it is an American tourist trap, but well, we are American tourist after all so it seemed like a good place to start.

We landed and briefly contemplated the car rental stands after border control but before customs.  My thought was; that cannot be the only car rental agencies.  How can anyone make such decisions before getting through all the hoops, paperwork and puertos?  Not I, especially after downing the majority of a chocolate bar purchased in CO months ago right before the flight.  I am not even sure I am on the ground yet at this point.  With that in mind, we cleared customs and go to the other side to find nothing but people looking for our attention.  We got caught and offered a shuttle service to Cabo san Lucas.  The offer was 17 dollars per person each way. But wait there is more….

We can buy our round trip for 64 dollars now.  In addition to the taxi we can also have an additional taxi fee for return, our original 64 dollars back, an extra 100 dollars to spend at select establishments, free breakfast and taxi to breakfast, a free glass bottom water taxi to several beaches and snorkeling gear.

"This will drop us off at our hotel right?"

"Si, what time do you want to have breakfast?"

"10?" Recognizing either the judgment or inconvenience in the man's face, "Eeeh 9?, mmm kind of early but…."

Money was exchanged and we were escorted to our shuttle where several unassuming Americans were waiting.

It didn't sound right.  The whole deal.  I am pretty sure I just spent 64 dollars for a one way cab to our hotel and a taxi would cost less or at worse about the same.  That is my guess.

While silently taking in the sites I contemplated the transaction and couldn't quite figure it out.  The guy at the airport wasn't one in a mob screaming gringo and doing their best to get us in a car.  All civil inside, polo wearing and in good company.  There must be more to this than an expensive cab.

About 30 minutes into the journey I realized what we just signed up for.  We did this one other time.  Last time we knew what we were getting into and still did it for free tickets to Disney World.  After that experience I never wanted to do it again.  I contend I am still in the air and that is why it took 30 minutes of riding in a shuttle to figure out we just signed up for a high pressure sales situation.  Oh well here we are.

We settled in for the night knowing we had to wake up really early at least in my world 8:30 is really early, sometimes that is bedtime.  Nicole woke me up at 8:13.  I jumped in the shower and we were out the door by 8:32.  We scurried out after dismissing the free breakfast at our place, The Mexican Inn, and sort of wondered out into the street avoiding the steep drop on a railing less set of steps.  There was a guy sitting on the stoop next to us and that was about it.  No one was about.  The streets were clear and the sun was already warming everything.  We were expecting to see the guy we spoke to yesterday given we accommodated his church schedule, that and the fact he said he would be driving us, but he was nowhere to be found.  The kid sitting on the steps quickly paced us down and asked if we were looking for a taxi.  And we were, but I thought I would know the driver and dismissed him.  He pulls out his phone and calls the guy we spoke with yesterday and then hands me the phone .  Yup this was our ride.  The last words from the other end of the phone was: "You are staying at a private residence and you are employed." Right-o.

We were whisked up to a resort and promptly sat down with as few words as possible to not make it awkward.  They asked where we are staying:  "Staying with friends of a friend." We sat for 15, maybe 20, or even 40 minutes.  Just sat.  No coffee no breakfast nothing.  Just sitting on the veranda in front of a palatial resort.

Finally an American ex-pat greeted us with a giant smile and a warm welcome.  He waved to several people as he walked us around the resort and exchanged courtesies, some in Spanish, some in English.  Conversation was light and jovial.  The walk around was short and breakfast was in sight, and what a breakfast?  I love Central American cuisine: all so fresh, colorful, watery and delicious. The pleasantries continued, the kind that makes it seem like what I imagine a speed date would feel like; the five minute biographies where you try to find common points of interest, places on earth, tastes, life long wishes etc.  Oh yeah it also came out in conversation that daylight savings was over in Mexico and the clocks dropped back an hour.  I was tricked into waking up at 7:13, and why that kid was sitting outside our hotel at 7:32 is beyond me.  How long had he been there?  Anyway, we were off to the rooms, more swimming pools, infinity pools, beaches, beach views and finally the bargaining room.  Where the offers are made, drinks are given, and when deals are sealed the room breaks into a clap along sing song.  It felt like Glen Garry Glen Ross with color.

Offer one on the table - "No thanks, any sort of purchase of this size I have to sleep on."

"Oh if you think this is a purchase I haven't explained this clearly, this is an investment…."

Don't get me wrong he made it sound like an investment, I used the wrong word.

Offer two on the table - "It is less up front investment, but still with any size of investment this size I have to sleep on it - just a rule I have (I also never buy anything being sold at my door unless it is girl scout cookies because you can never go wrong with Tagalongs, Samoas, and the classic frozen Thin Mints.  Water softeners, fire alarms, home security,… you can go wrong with. Cookies = no buyers remorse, everything else = regret.  So if it is being sold at my door, or the deal disappears when I leave the room, I am out)."

It was clear I was not moving in my position so we were promptly moved on out.  Not a proper escort, no final fake pleasantries, which I much rather prefer anyway, just a few directions and hints to getting out.  We easily found the elevator, but after that things got a little confused and out of order.  We wandered a bit, bumped into some ladies we met last night in the bar by chance and they were nice enough to gives us more clear directions.  We made it out and back to our handlers.  We were given what initially was set up as an exit interview, but quickly moved onto offer three: "I know you are giving me more than I am giving you but I still need to sleep on an upfront investment of this size."

We were asked a few more questions, asked to sign a piece of paper, and then 64 dollars was returned, 50 dollars for an additional cab fare handed over, 100 dollars worth of vouchers for the resort and a few other properties the resort owns provided, and finally a voucher for a glass bottom boat ride with snorkel gear in hand.  It took, three hours, and a lot of saying 'no' but hey, it worked out.  I don't want to do it again, in the end the value for waking up at 7:13 is not there for me.  However, if that is the worst mistake I make on this trip, I am doing alright.

We enjoyed the rest of the day meeting some new friends at the resort bar while watching the NFL.  We enjoyed Halloween in Cabo which surprisingly is a really big deal, and followed that up with a glass bottom boat ride around Baja California, Mexico the next day.

With that we used our 50 bucks to get a taxi back to the airport and onto Mexico City. 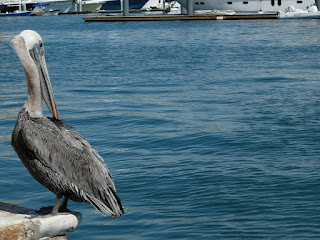 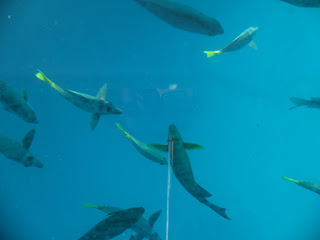 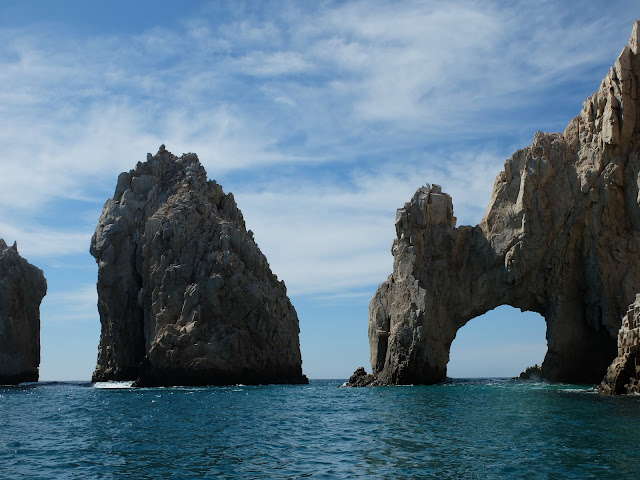 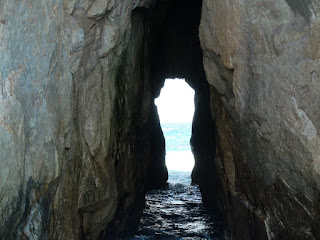 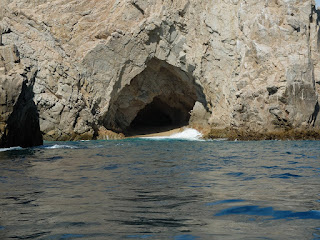 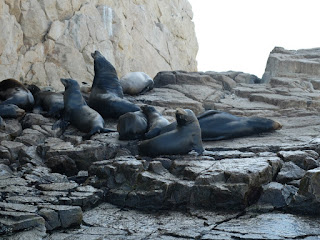 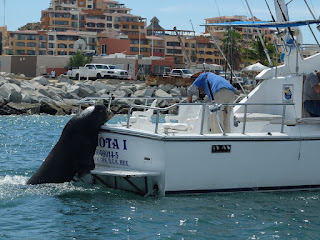