First challenge was getting to an HSBC to recharge the money in the pockets. Merida at 7 am is absolute chaos. Maybe I simply forgot what 7 am looks like but this seemed a bit different. There were lines with a hundred plus people waiting for buses. Bicycles everywhere. And not just normal bicycles, but the kind with three wheels and a stack of produce towering over the rider. Motorcycles are considered four passenger vehicles. Children everywhere in their school uniforms. No one was moving faster than the bicycles. It was just a steady stream of people moving through the capillaries of the city.

When close to the bank, I jumped out of Sparkita and weaved through the vendors picking up their daily dose of fruits, vegetables and whatever else I scraped past to eek into what looked like a closed bank - the ATM was available - Mission Accomplished. We are off.

It was about a 90 minute drive including something that looked like a police check point - if it was no one looked at us twice. Then closer to Chichen Itza we hesitantly drove past several people looking official right near the entrance to Chichen Itza. We weren't sure if they were official or people selling us something. We took the calculated risk and drove slowly onward. We arrived.

There were people there, but not mobs, but enough people to make it all seem like a nut house. Just having people doesn't make it a crazy home, it was the behavior that Chichen Itza inspired that made it seem like a nut house full of nutters. The acoustics of this place is something I never saw coming. I have seen pictures of Chicken Itza. Seen it built tens of times on Civilization V, but nothing ever mentioned the acoustics. Clap and a bird echoes back. The Quetzal, not even native to the area, calls back. And when I say 'calls back' I mean exactly like the actual bird sounds to the point it is a full on specialized study on how the Mayan's have done such a thing.

So, tell a hundred of people this tidbit, flood those hundred people with a thousand people who don't know about it and watch them congregate, disperse and walk around clapping. Sun beating down, clap clap clap. Clouds in the sky a horde of humans in the shadows, clap clap clap. There are some organized tours clap clap clap, individuals walking around clap clap clap, couples clap clap clap - all clapping at random intervals concentrating and amazed. This is a people person paradise created a century and a half ago - the gods must be crazy.

The place was amazing and it is dilapidated compared to the glory days. The grass we walked on was imported from Florida and replaced the stonework that encompassed the entire campus. Half of El Castillo was defaced to build conquistador's palaces. The place was at best colorless and half of what it was and it is still amazing. Even the area dating back to 300 BC have buildings that exactly capture the equinoxes. They had a lot figured out a long time ago.

Along with the tourists and guides the place was flooded with vendors. Almost all of the roads connecting the various areas were lined with vendors selling all sorts of trinkets - Mayan calendars, whistles that mimic jaguars, owls and eagles, magnets, post cards, masks and about anything you can make out of wood. All the vendors had there own way of pulling in potential customers ranging from animal calls to yelling out a persons defining characteristics. For example I was called "Mr. Mustache", "Mr Whiskers", "Mr Beard" and "Cowboy" in the span of five minutes.

After a few hours we left and more vendors were still setting up and the buses we starting to arrive in full force. We got out before the place turned into a real nut house. 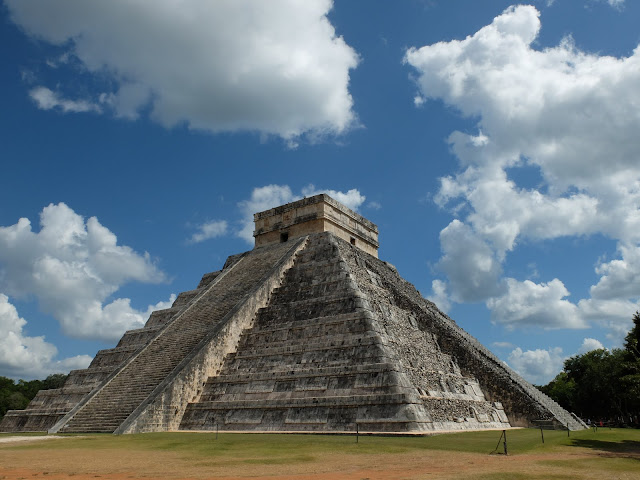 Not sure how I got a picture with absolutely no people in it. 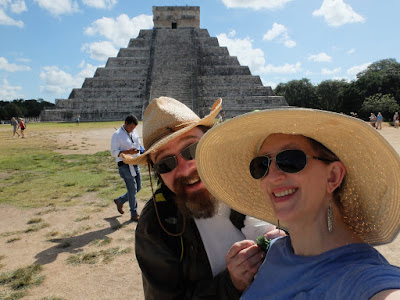 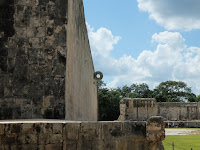 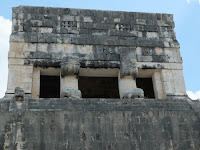 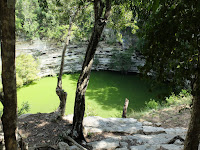 The round ball court, the VIP Box seats, and apparently the winner of the games were sacrificed and thrown in the cenote.  Go team! 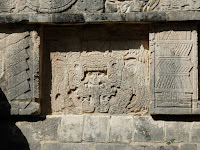 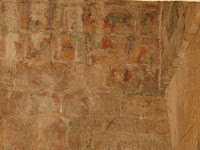 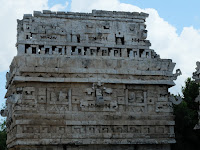 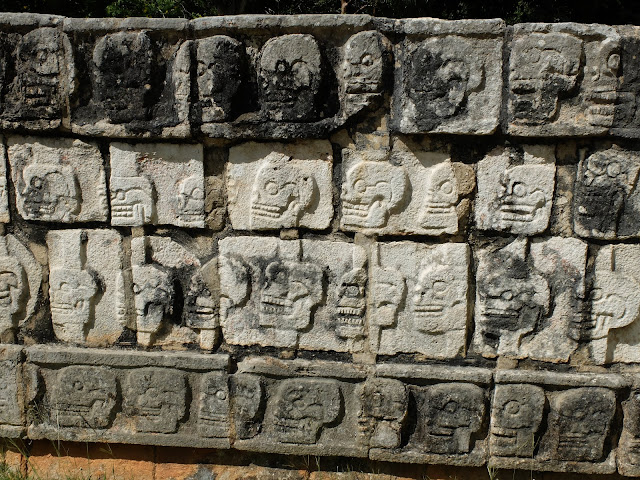 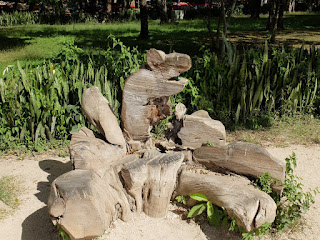 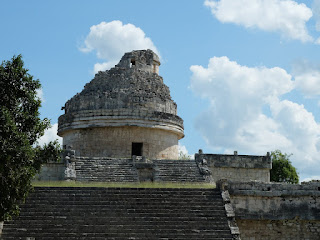