We have been in the general vicinity of Deadwood, Sturgis and Rapid City for almost a week and we are still having problems seeing all the attractions.  The original motivator to South Dakota was my nephew's wedding but we keep finding things to do and cannot leave.

First off, Nicole has been saying since we have been married that she has never been to Mount Rushmore.  She has been by it several times, but never "been there".  I have heard for the last 18 years how she cannot believe she has not been to Reptile Gardens in her entire life given her fascination with snakes and especially turtles and tortoises.  Say turtle and watch Nicole's head crane as mine did when after being in the area for the last four days and still not having been to either Nicole says: "We don't have to go to Reptile Gardens." and "We don't have to go to Mount Rushmore."

Ha! Anyone think I am leaving this area and listening to the drum drone on until we make it back to the Rapid City area at some unknown time?  Not so much, I would rather hear her rave about how awesome it was that she finally got to go to Mt. Rushmore and Reptile Gardens.

Yesterday as everyone was leaving Sturgis and heading back to their lives we took care of some odds and ends and trucked up to Mt. Rushmore in the evening.  We made it to Rushmore around 7:30 saw the sun set and settled in for the nightly lighting ceremony.  It was really nice.  The short film went into the contributions of the four presidents, their place in time in the country's life and at the end they asked everyone who served in the military to come forward and announce their name and military branch.  I think WWII forward was represented.  Young people, old people (one man stood proud at 95 - he told his age rather than his military branch as if he graduated to a soldier of life), United States Army, United States Marine Corp., United States Air Force, United States Navy, United States National Guard and the Australian Army were all represented.  Two people, one in a wheel chair, proudly proclaimed being shot down and surviving, one of them a Green Beret.  These folks have seen the worst of humanity.  It was really touching, and I have nothing but respect and gratitu de: Thanks.

Afterwards we headed to a KOA campsite nearby and settled in for the night to get ready for the next day.  My plan was to get up early, head over to the Crazy Horse Memorial for an hour or so, finish the day off at Reptile Gardens and head out.

Everything was going to plan:  Up at 8:30, eating as many pancakes as we possibly can for 3 dollars at Pappa's Pancake Tent and on the road by 10:30 to Crazy Horse which is less than an hour away.

I read a Yelp review on the memorial that scathed the Crazy Horse Memorial for being too far away and the view from the road was as good as the visitor center.  Regardless, I wanted to see this because I knew of its existence since childhood and never went (something feels funny about the sentiment).

As we pulled up I see the beginning of the memorial and started to wonder; Is this all we are going to see?  Is this why we never stopped here as a child given of the number of times we have seen The Big Heads?   The privately funded memorial has been in the works basically since The Heads were completed and I was more or less chalking this up to the US's version of the Sagrada de Familia of Spain — very cool, never really done and will be even cooler some day.

The hour I planned on investing into this sight turned into all day event.  The review is right in that you can basically see from the road what you see at the visitor center of the memorial.  However what you cannot see from the road is the vision and passion of what is being accomplished here.  This thing is massive, not only in size but aspiration.  First the measurements:

This is the worlds largest sculpture in progress.  My dad never took us when we were children because the face wasn't even done until 1998 well after I was a part of any family vacation.  There was nothing to see when I was a child, just a dream near as I can tell.

This thing is still no where close to complete and all the same it is amazing.  The presentation on the origins of the monument on through years of individual toil, followed by a family and nation working decades only to complete the face?  Astounding. But more than the face was completed.  The mission of the monument goes well beyond the completion of the monument.  They are also developing the largest Native American museum, a four year degree university and eventually a medical school.  The vision alone is worth the admission and the slow plodding pace of one dynamite explosion a week makes the mountain seem like evolution happening before our eyes on a timescale we can grasp.

Also who wants a T-Shirt with Donald and Sarah Palin riding a motorcycle to make America great again?

Tomorrow Reptile Gardens, then maybe Wall Drug, or the Corn Palace? Who knows, too many stores to choose from. 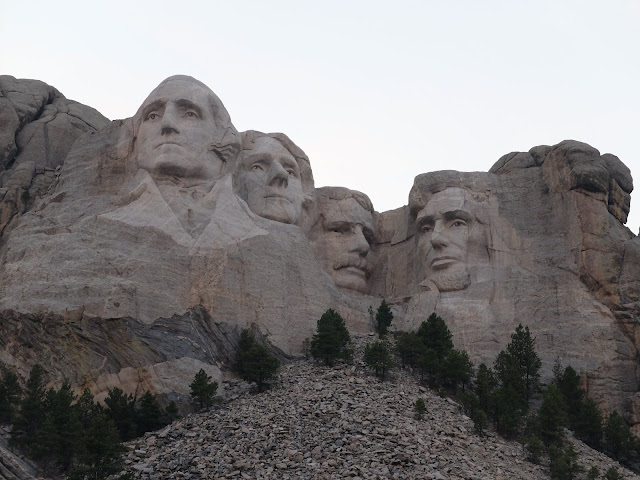 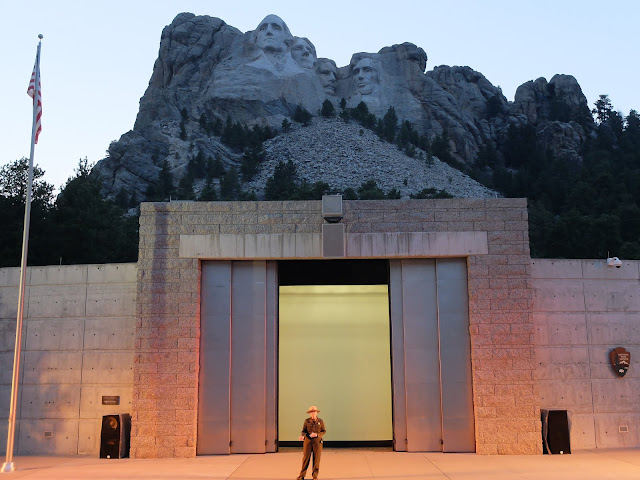 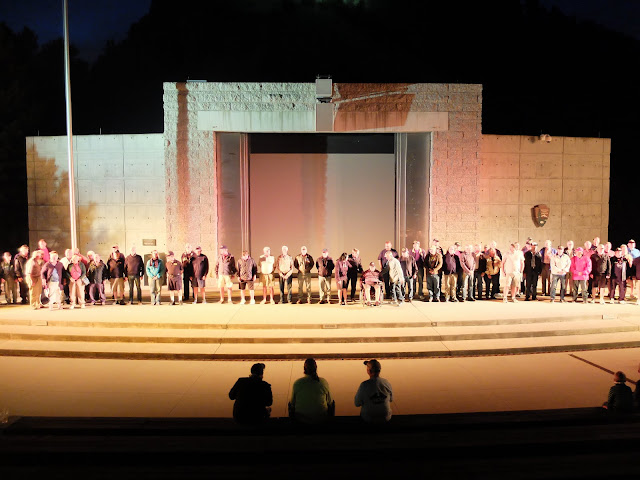 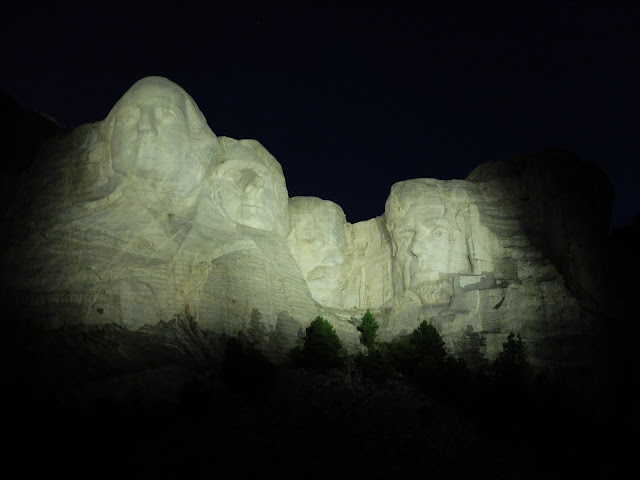 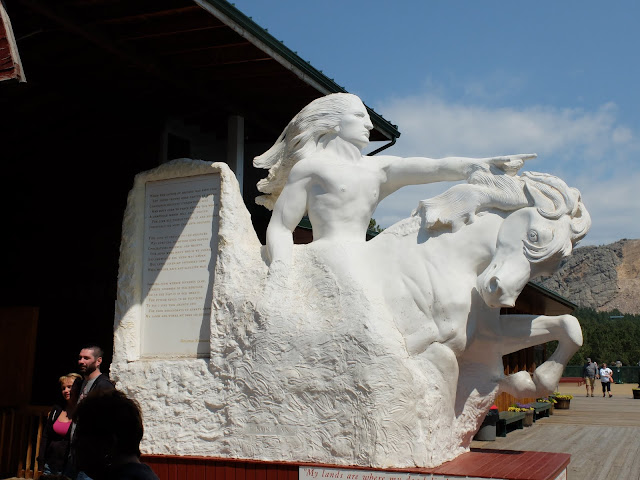