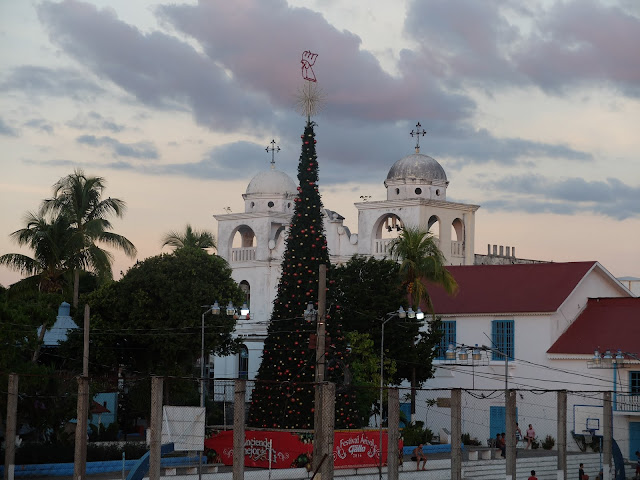 In the morning we have to move rooms since we extended our stay.  Not sure why but we do.  I grab some more ice.

And again more days, a new room and more ice.

I mean really do we have to move rooms?  It isn't like they are downgrades or upgrades.  They are more of the same.  Up a floor, down a floor; I really question the booking system.  The people moving in have no idea what they have or didn't have and it didn't matter as it it all about the same.  Same size, slightly different views, to say one is better than the other is in the eye of the beholder, but they are all street views.  Same as it ever is we see four different rooms.

While in Flores, Nicole soldiers on trying to get 10,000 steps as soon as the next day.  We even walk around the entire island, which isn't super big but still, the entire island.   Not sure how advisable it all is, but Nicole is trying to get on her feet as quickly as possible.  Through out the days I explore Flores culinary offerings.  Sometimes I know what I am ordering other times I simply say "Tipico por favor" and eat what I get.  It is usually a chicken based soup that is delicious but requires careful navigation around bones.  I am not sure how the chickens are separated but if I am to guess it is recklessly and with a massive flesh and bone saw of some sort as the cuts never resembled chicken as I know it.

We meet a diverse group of people.  A larger than life transvestite who is engaging, entertaining and announcing her femininity at every turn and to everyone who enters the bar.  She clearly identifies as a women, and dresses in skirts and push-up bras.  Her hair is pulled back in a rough and tumble pony tail.  Tall, dark and handsome, she looks and talks like a Guatemalan, but apparently she is from Detroit.  I guess that goes to show, never trust a book by its cover.  She serenades Nicole and I on her guitar despite missing a string.  She somehow manages to pull together several songs, some she makes up right on the spot.  I pay for the missing string.

One restaurant is looking for seasonal workers, preferably native English speakers, for the next two months.  The restaurant provides room and board, plus tips in exchange for 5 days of work a week.  The thought is tempting, especially after talking to "Nacho", from Colorado, who is living that dream.  He seems to be enjoying the deal even if it is only his third day.  With each passing day the offer becomes more attractive.

I practice my Spanish in the hotel room and out on the streets and in shops, restaurants, etc.  Language barriers are difficult and a constant reminder to listen carefully, and lessons in humility.

One time I purchased some beer from the corner store.  I asked the price and heard "treinta" and thought 'I am getting ripped off'.  This is a convenience store and prices should be less than in a bar.  The hotel bar doesn't even charge that, they only charged 17 Qs, how can this corner shop almost double the price.  On the walk back to the hotel, through my disgust I am doing the maths in my head and figure out she said "trece".  My Spanish is not improving, I literally got confused and angry over a one word response. I get more ice.

Getting restless and developing a sense of needing to either move on or take the two month job in the restaurant we decide to move onto Antigua.  After days of mostly rest and lots of ice Nicole is ready to see how traveling would feel carrying her shin pet papaya.  I am not sure why I keep calling it a papaya.  Must be the tropical fruit on my mind, but it really doesn't correctly convey what it looks like.  It is more like an eggplant or even better an aubergine - that conveys the current color much more appropriately; shin pet aubergine.

It is a short one hour flight that seems like nothing after a little top shelf Flora de Cana rum. 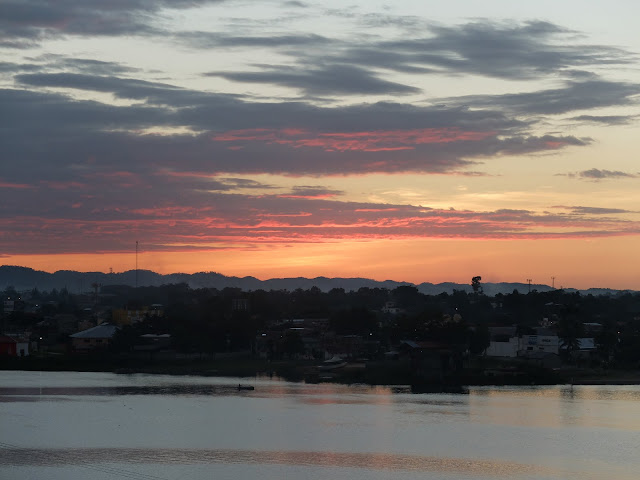 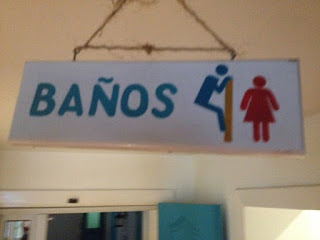